I’ve run across lot of cool stuff sold at auction over my almost 30 years tracking prices.

Chalk up another one yesterday on a farm auction in Americus, KS on a sale by Griffin Real Estate & Auction Service (www.griffinrealestateauction.com). A McCormick-Deering mini baler. Here’s a picture of it: 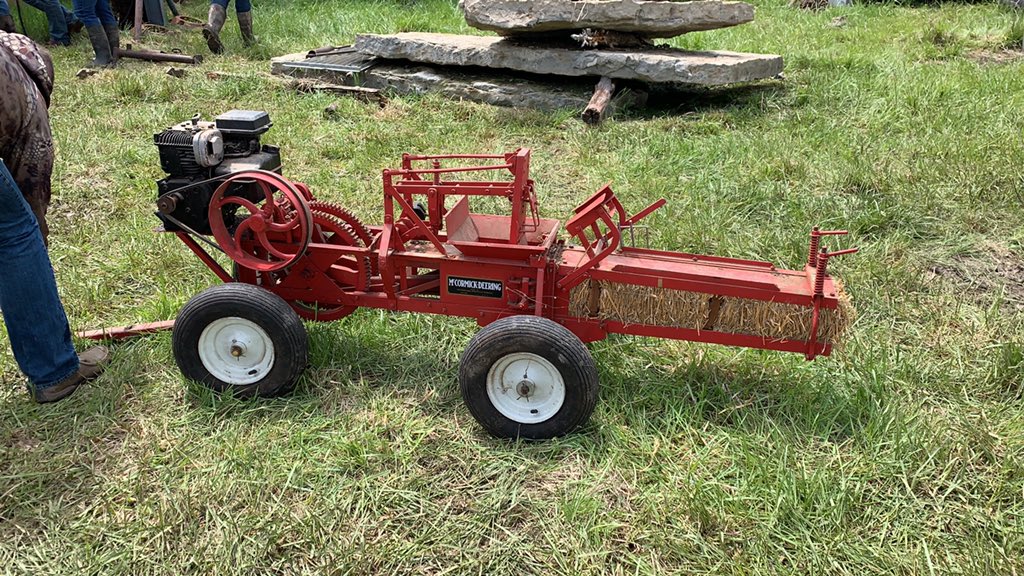 Big thanks to Machinery Pete Twitter follower Clay Kniebel for the great picture and sale price report! “I believe they used it for nativity scenes and other decorations,” said Kniebel. " Came with a bunch of pre made wires to tie the bales. Everything seemed functional and well taken care of. The motor needed a little carb work is all."

You just know there would tons of buyer demand for those cute small little hay bales, particularly in and around metro areas, folks looking to decorate the home place in unique way with that country feel. Think how many mini bales you could sell come Fall!

Actually, I had that exact conversation back in February when I spoke at a farm show in St. Cloud, MN (pop. 66,169). After finished my talk a young guy from the area, Ethan Smith from Avon, MN, came and said he had a cool/different piece of equipment he owned, wanted to show me pic on his cell phone. 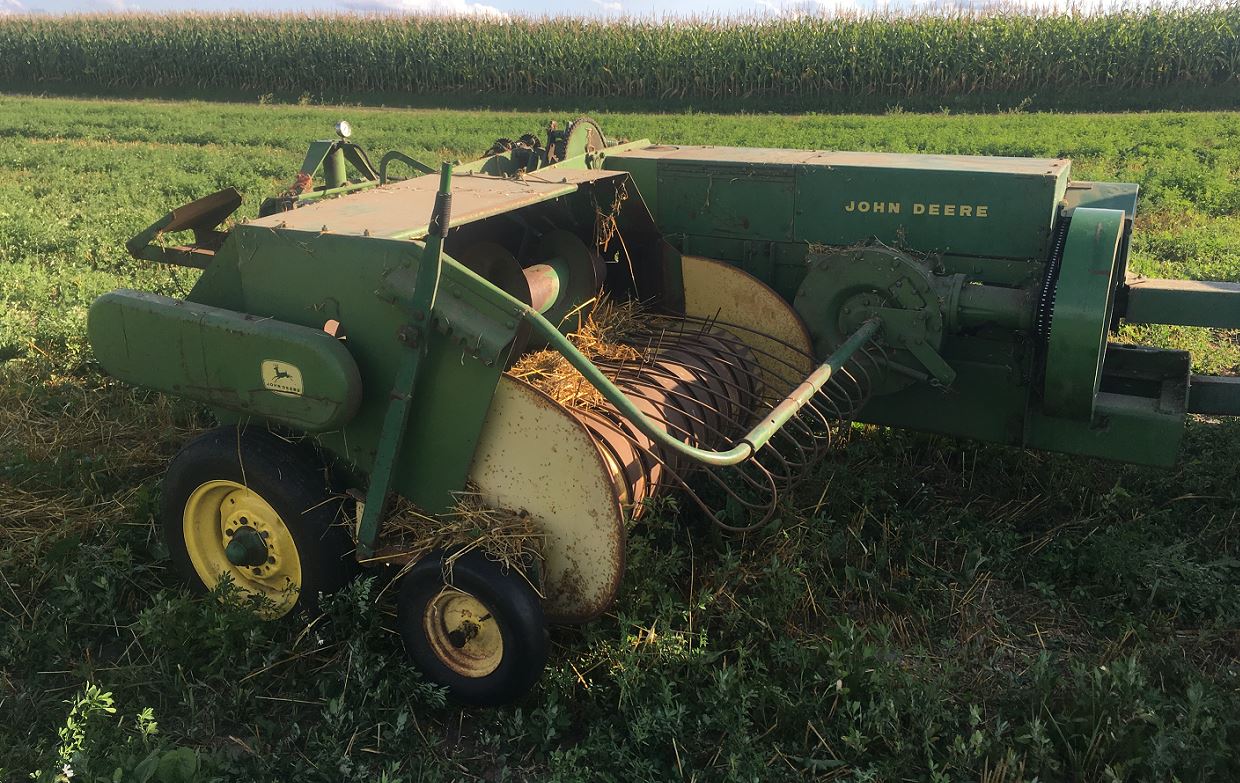 He mentioned to be how much the local Walmart in St. Cloud had been selling mini hay bales for last October in the run up to Halloween.

Ethan mentioned he just happened to see a classified ad for the John Deere 10 HD baler in Wisconsin. Seems the owner there was about to scrap it…until it was rescued by one bright young fella in central Minnesota. Way to go Ethan!

Just goes to show, opportunities pop up all the time, quite often in surprising, small packages.

That would be good for baling up grass from your lawn