Tough to get the whole family together.

Our extended Peterson clan finally had our delayed holiday get together last weekend back home in Benson, MN where I grew up. As with all family gatherings stories are told.

…sometimes even new tales you haven’t heard before.

Like the story of the southeastern Minnesota farmer near Winona, MN nearly 60 years ago who painted all his John Deere tractors and farm equipment BIRD EGG BLUE. As in robin egg blue. 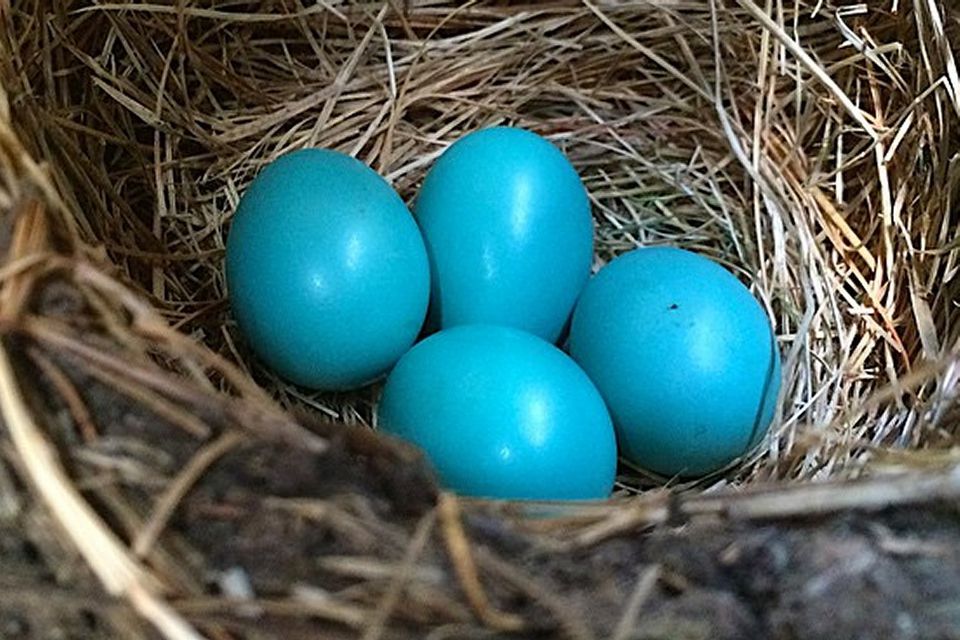 This tale of the bird egg blue John Deere equipment came from my father Jerry Peterson, a retired Deere dealer back home in Benson. You may recall earlier this season on our Machinery Pete TV show (www.MachineryPete.com/mptv) I did a fun interview with dad. 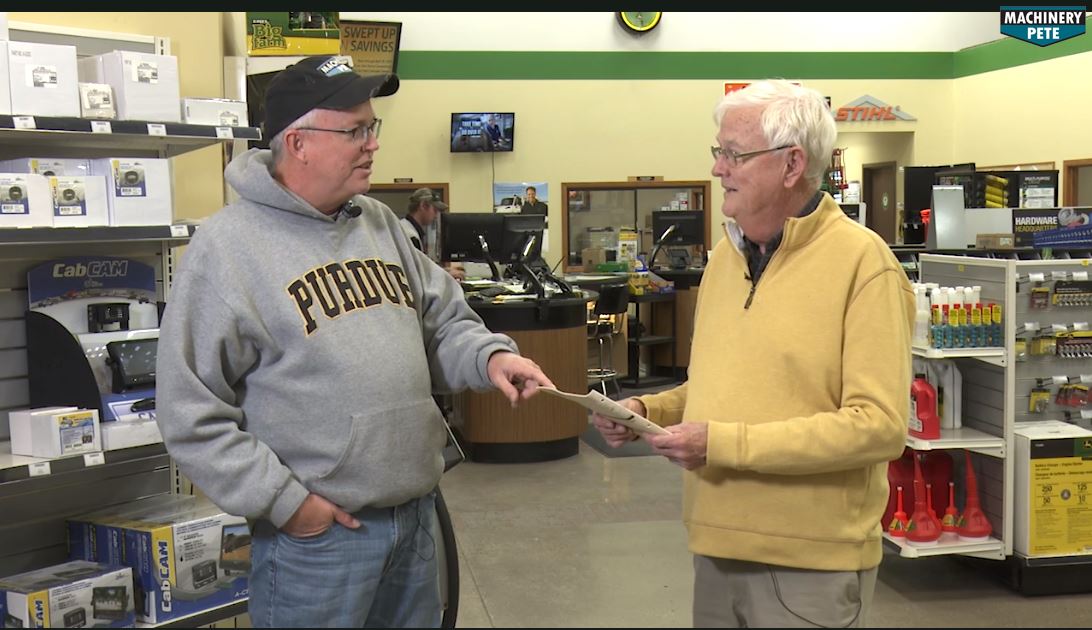 Dad and mom moved to Benson, MN as the mid 1960’s approached. Been there since. But before moving to Benson and putting down roots dad was a young traveling company man for John Deere in the early 1960’s with a territory in far southeast Minnesota, calling on Deere dealers throughout that area.

He recalled one memorable dealer visit to Feiten Implement Co. in Winona, MN.

“Phil Feiten was the dealer, real good guy,” dad said. “We were traveling out to visit one of their farmer customers and Phil said, this visit will be a little unusual. I asked why’s that? He said you’ll see.”

“We got to the farm and…all his John Deere tractors and equipment were painted bird egg blue. He had a 14T baler and a 42 pull type combine.”

Who knows why we do the things we do. Humans are funny. That Winona, MN area farmer loved his John Deere tractors and equipment…but he also loved that bird egg blue color. So he painted over the green and yellow.

Anyone out there recall seeing, hearing or knowing about the bird egg blue JD stuff near Winona, MN from back in the early 1960’s? If you do…let me know. My email: greg@machinerypete.com or message me on our Machinery Pete Facebook or Twitter pages.

Where are they now?

That Winona, MN John Deere dealer from nearly 60 years ago, Phil Feiten, is still around. I believe age 89 now. Still in Winona area. A little Google searching revealed what a pillar of the Winona, MN community Phil Feiten has been over the decades. Feiten was the 2005 “Spirit of Winona” award winner for a lifetime of exceptional community involvement, story here: https://www.winonadailynews.com/news/feiten-wins-the-spirit-of-winona/article_47bf42f1-daf9-511c-b623-77019f54a2ff.html

As you watch Super Bowl LIV (54) tomorrow evening, Chiefs vs 49ers, watch for the Super Bowl commercial with the actress Winona Ryder for Squarespace. Perhaps you’ve already seen sneak peeks of this Super Bowl commercial. The famous actress Ryder travels to Winona, MN to find the true Winona…and to build a web site. Cool ad. There was quite a stir locally when Ryder was in town recently to film the ad. Watch the ad on Youtube here: https://www.youtube.com/watch?v=TVqtGHcQeos 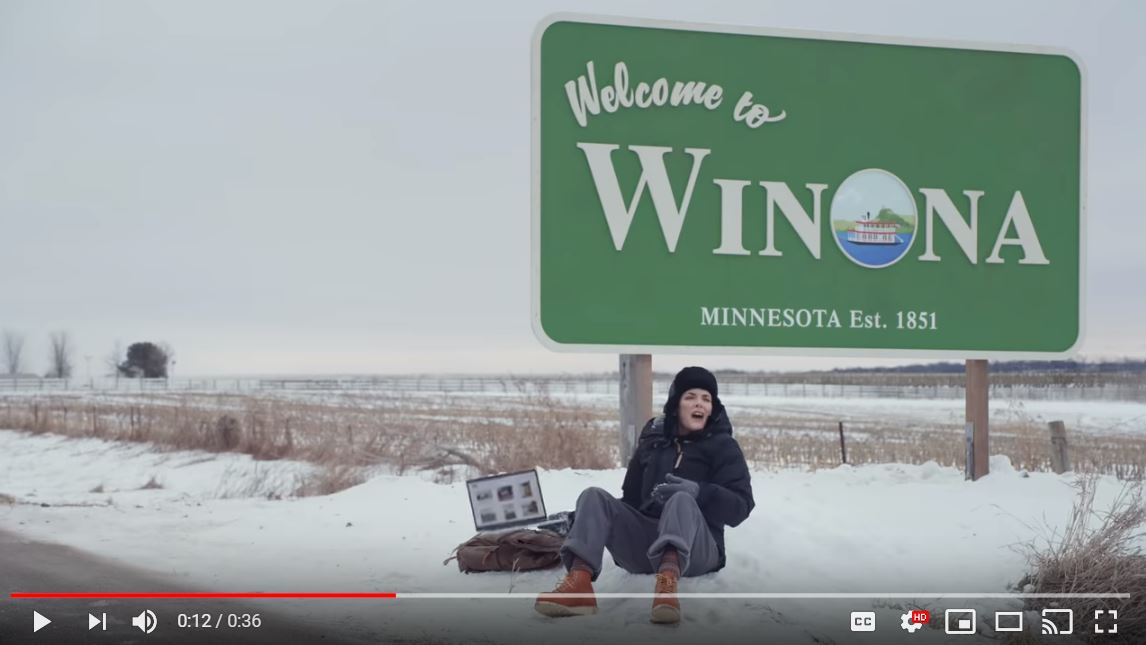 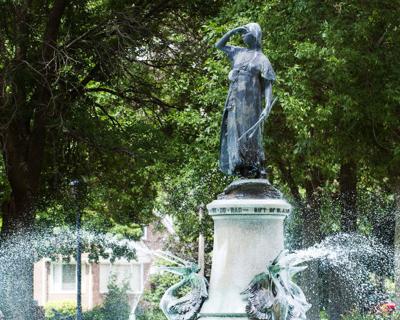 Turns out Phil Feiten helped with the effort to bring the statue out of storage, where it had been for years, to bring it to its current location in Windom Park in Winona. Feiten even led a class on the history of the statue last November: https://visitwinona.com/events/the-travels-of-princess-wenonah-with-phil-feiten-and-harland-knight/

“He and I tried to get up on surf boards on a John Deere trip to Hawaii in 1969. About killed ourselves trying.”

As I said we humans do funny things. Like pair of Minnesota John Deere dealers trying to surf.

Wonder if their surf boards were green and yellow…or bird egg blue?