Lot of John Deere S670 Combines for sale out there. Quick look in our www.MachineryPete.com web site today finds (915) S670’s listed for sale.

Let’s isolate first the initial model year Deere began cranking out the S670 combine: 2012 Here’s a look at what’s happened with 2012 model S670 values at auction over the past 5 years: 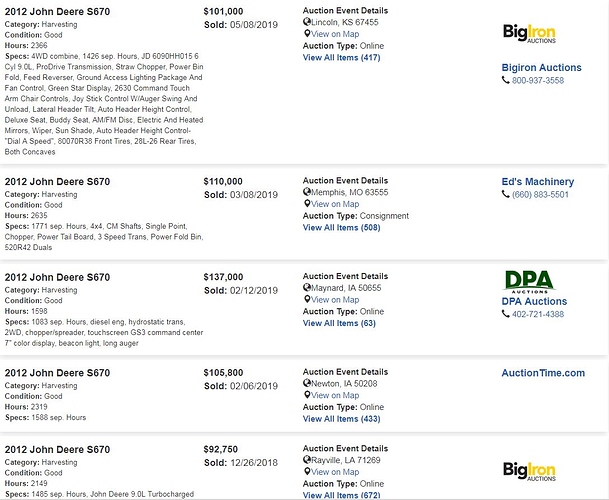 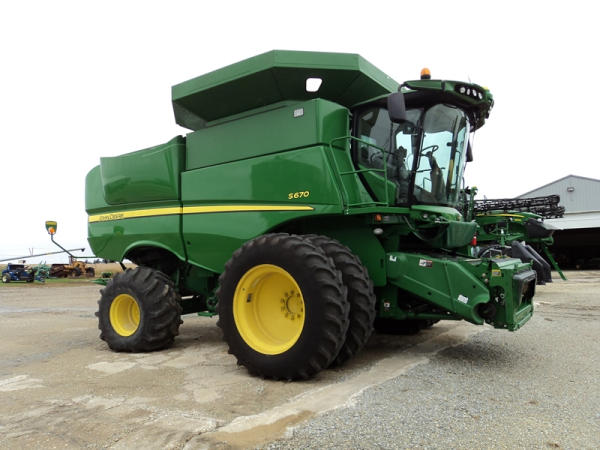 If we apply my “Machinery Pete Ratio” rule here (Avg. Auction Price / Avg. Dealer Advertised Price) we come out at 73.6% ratio which is historically right in line with what our data has shown over the past decade and half I’ve been following this data ratio…72-76% has been the historical norm, so 73.6%…right in line.

I will continue to monitor hard cash auction pricing as well as dealer advertised price data on late model combines + all other types of equipment. Rest of 2019 will be very interesting…stay tuned. 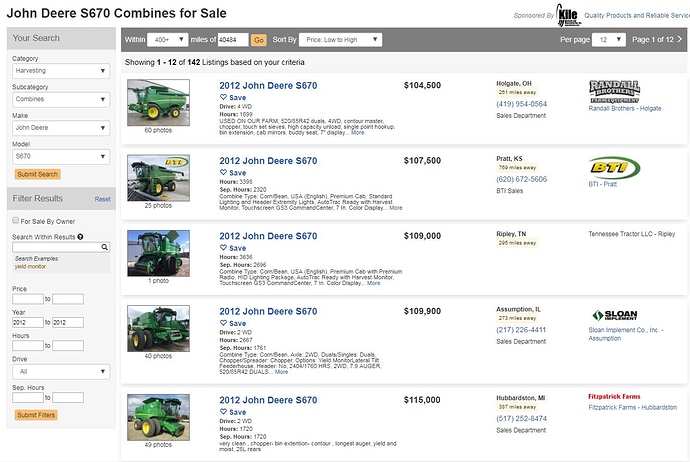