I love auctions and I love farm shows.

Yes, for the equipment we find at both, but even more so for the people you meet…and the conversations we have.

Coolest thing I saw yesterday at the 2020 Commodity Classic show in San Antonio wasn’t a big new shiny piece of equipment, although there certainly plenty of those…nope, the coolest thing I saw yesterday at the show was on the cell phone of Randy Melvin of Buffalo, ND. Randy is VP of the North Dakota Corn Growers Association (www.ndcorn.org). Here’s the picture that got me. 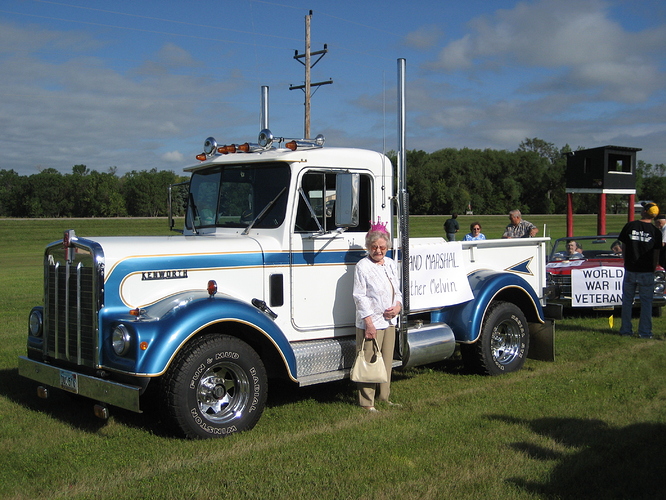 Hard to be cooler the handiwork of Eldwyn Van Bruggen of Valley City, ND who in the early 1980’s custom built this beautiful rig from a 3/4 Ton Chevy chassis with 6.2 diesel with turbo and Kenworth cab and hood from a burnt out early 1970’s model truck. In the restoration process Eldwyn had the hood down into 5 pieces and molded the wheel wells and everything to scale to fit that truck.

“Inside the cab its just like you’re driving an early 1970’s Kenworth semi down the road, air ride seats the whole nine yards, it’s a phenomenal ride,” said Melvin. “I had the honor and privilege in the mid 1990’s to drive it pulling a float in the homecoming parade for 2 years for our fraternity house at North Dakota State University. It was really fun seeing the parking lot before and during the parade seeing people watch the truck.”

No doubt Melvin was big man on campus behind the wheel of this baby.

And the beautiful lady in the picture standing in front of this amazing custom made Chevy-Kenworth rig?

“That is my grandmother, Esther Melvin, who at the time was the oldest person in our hometown of Buffalo, ND. She was the Grand Marshall in the parade and I had the honor of being able to drive her through the parade in that pickup.”

Esther was 100 years young at the time and yes, grandma Esther did the beauty queen wave to the parade crowds along the way.

What a family memory that must be for the Melvin clan. 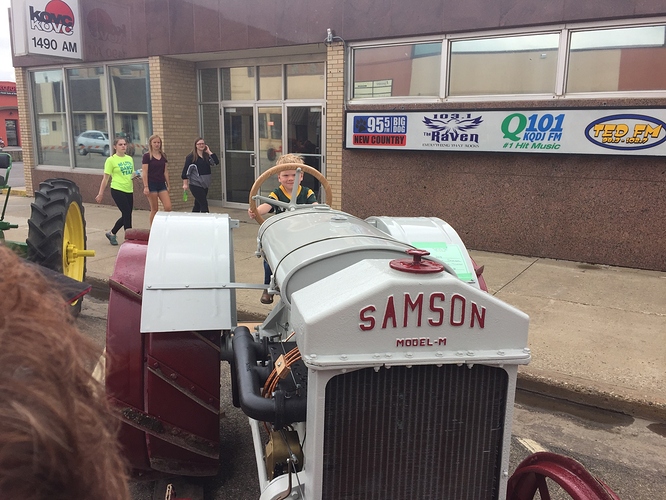