5 Years Ago This Month - Top of Used Equipment Market

Ah, I remember that sale.

Going through old pictures on an old laptop this afternoon in advance of our oldest daughter's marriage next week, I stumbled across a picture of a sharp John Deere 8310 tractor and it jogged my memory.

It sold on a December 12, 2012 (12/12/12) farm auction in Genoa, IL. Bright, sunny winter day. Turns out that time period right about 5 years ago this week, December 2012, was about the absolute top of the used farm equipment. Used Values remained high through March of 2013 and then the correction began when commodity prices fell Spring 2013. 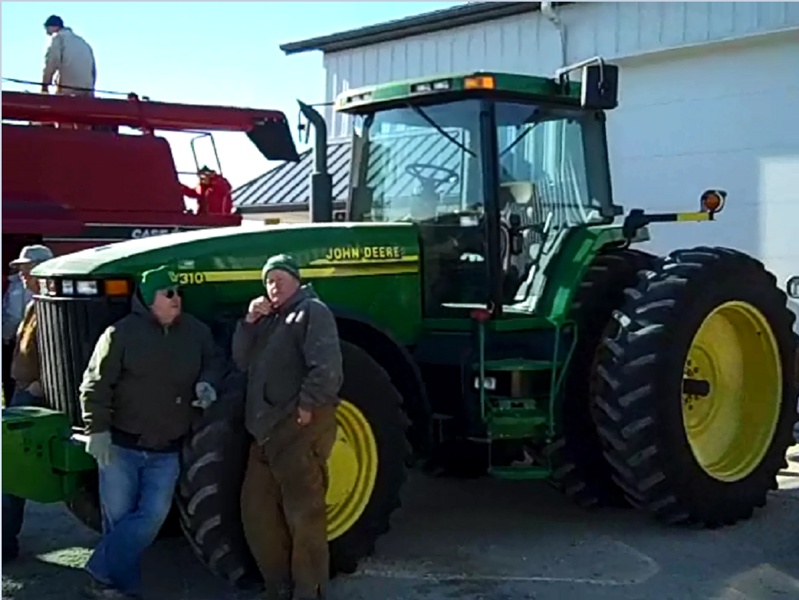 Here's look at the 10 highest ever auction sale prices on John Deere 8310's: 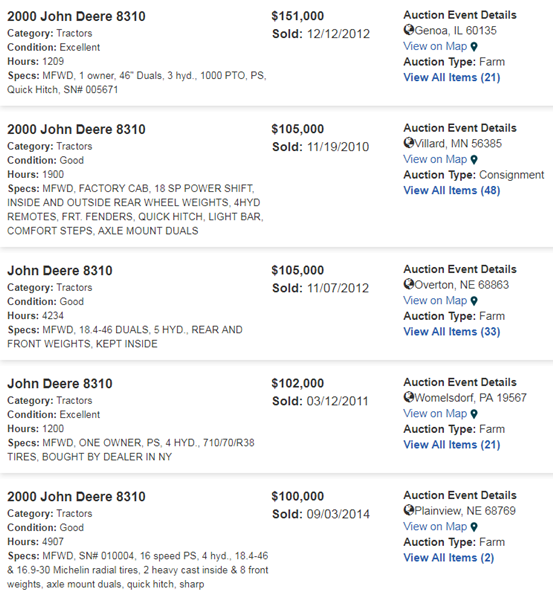 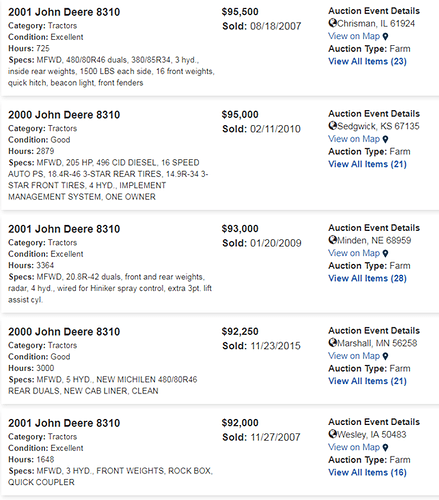 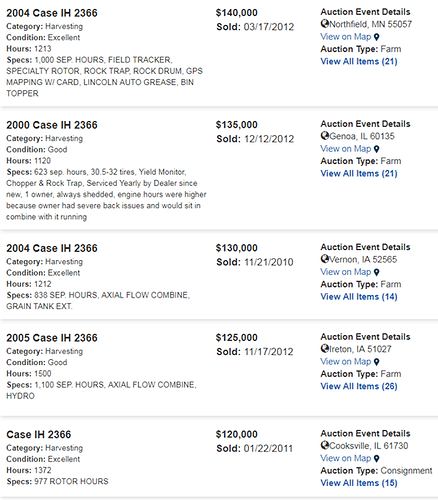 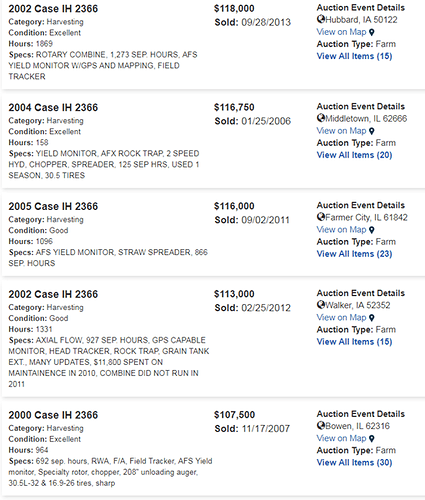 Timing any particular market of course is next to impossible, often folly to try. Best just to be as informed as possible and keep aware of the daily realities at play and monitor the hard cash prices..."What's it Worth Today?" The good news is that the used farm equipment market has found a "soft bottom" here the past 2 years. I began to see used values solidify in early 2016 after falling mightily from mid 2013 all the way through 2015. 2014 was particularly harsh. Used values dipped approx. 20% across the board on all types of large late model used farm equipment. But again, solidified the past 2 years now. 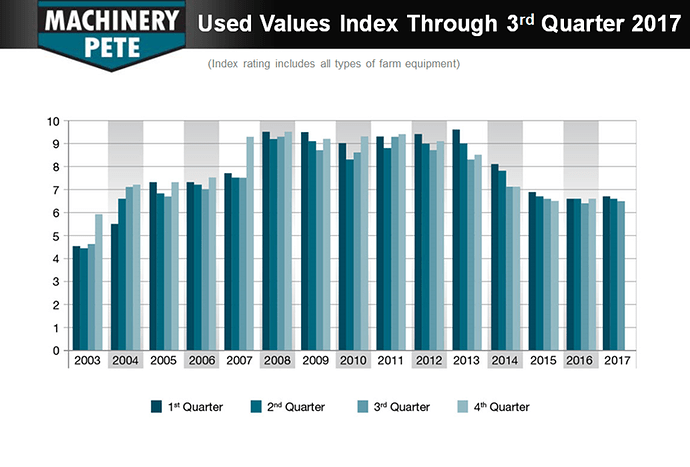 So how do I read this graph here now in late 2017? That it is still a very good time, if you are able, to upgrade into late model used farm equipment. Used values have stabilized at a lower level vs. 5-9 years ago. In fact, let you in on a little secret here...very strong auction sale prices during November-December 2017 likely will push my 4th Qtr. Machinery Pete "Used Values Index" up just a bit.

Now I know there does not appear to be any sign of positive push for rising commodity prices out there right now, but when I look at our Machinery Pete "Used Values Index" report having basically leveled off and solidified going on 2 full years now, makes me wonder what will happen when commodity prices do finally push upwards again and more $$ begins to flow through the system....my take is at that point a LOT of pent up buyer demand (about 5 years and counting right now) would be released immediately, in both the used market and also the new farm equipment market.

Which again, points me to say that if you're able, now is still a wonderful opportunity to upgrade into late model used equipment.