2017 JD S680 Combine Never Been in Field on Michigan Auction

Well now, this should be interesting.

An August 15, 2018 auction in Wayland, MI features a 2017 John Deere S680 4WD combine for sale that has never been to the field. It has 4 sep. hours on it. The auction is for Jablonski Farms, LLC. Joe Jablonski has been a custom operator and is currently cutting back on the custom work and expanding in other areas of his business. The auction August 15, 2018 in Wayland, MI is by my good friends at Miedema Auctioneering (http://www.miedemaauctioneering.com). 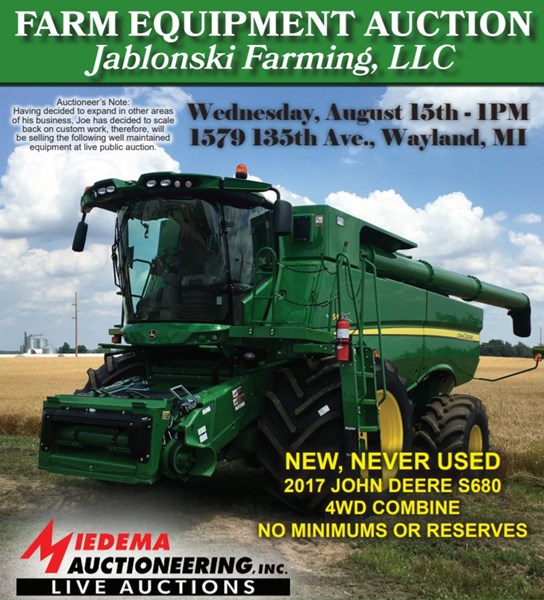 So, what the heck will it sell for? Will be very interesting. Since November '17 I've noticed very solid/strong auction sale pricing on good condition used combines. Of particular note have been the number of 1-3 year old used combines selling for strong hard cash $$ at auction. Folks often seemed surprised by this when I write/blog/speak on this trend, but really if you think about it, it does make sense. Not as many new combines were sold in 2015, 2016 and 2017 as times were tough in farm country, folks tightening their belts and frankly a good percentage of operators had bought new equipment or updated into nice late model used back from 2008 - 2013. So lot of folks were able to sit tight, hang with their current equipment fleet.

But at some point....gotta update. Can't afford down times. According to our Machinery Pete auction sale price data it appears to me that that "some point" to update equipment hit home late in '17 on into early '18 as sales of new farm equipment picked up noticeably and buyer demand for very nice condition 1-3 year old used equipment ratcheted up significantly. An example of this surge in buyer demand was the 2016 Case IH 8240 combine with 362 engine hours sold for $322,000 (no heads) on an east-central Illinois farm auction November 21, 2017. Here's a pic: 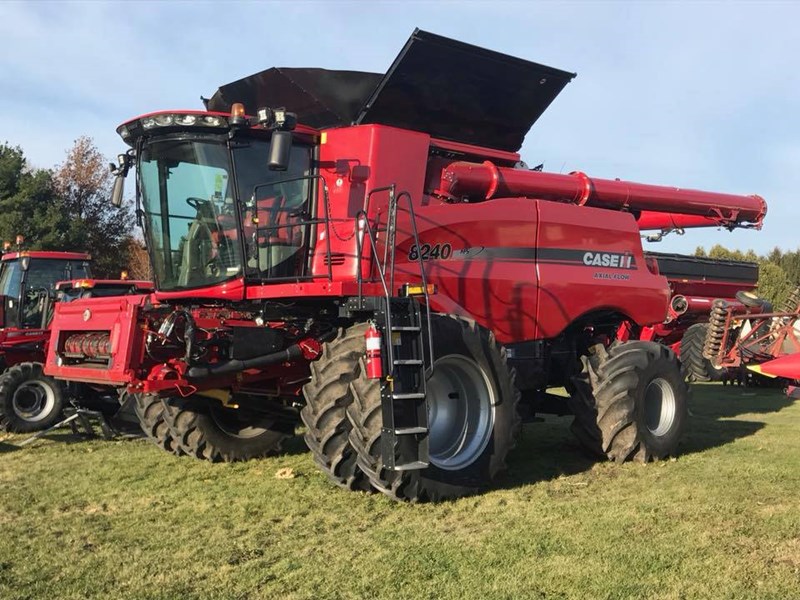 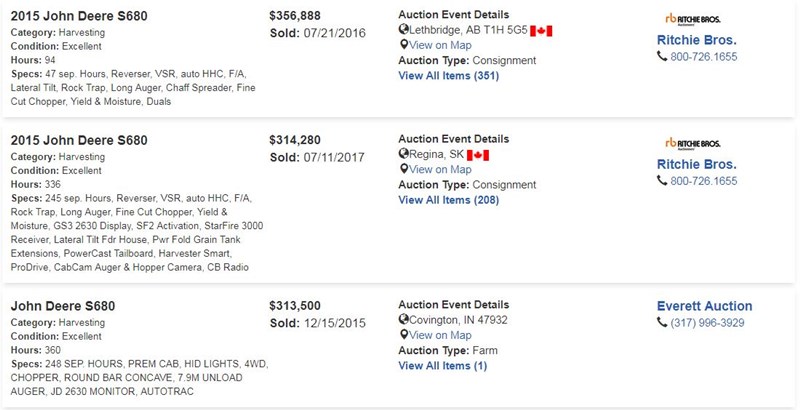 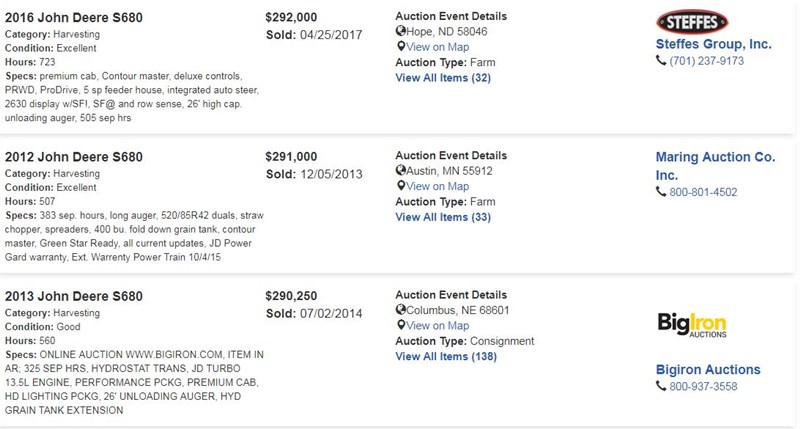 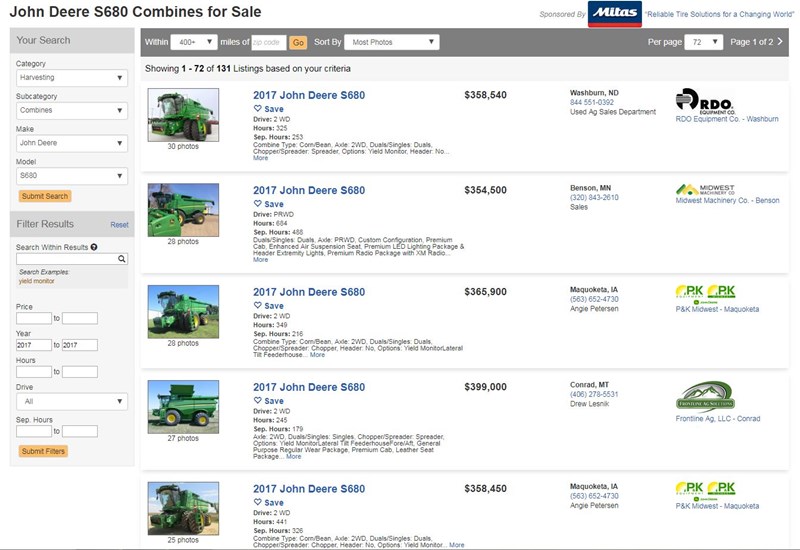