Quite a Tractor story here.

Wednesday (April 8, 2020) on the Schlitz Brothers online farm auction in Rosholt, SD by our good friends at the Steffes Group (www.steffesgroup.com) the following tractor was up for sale: 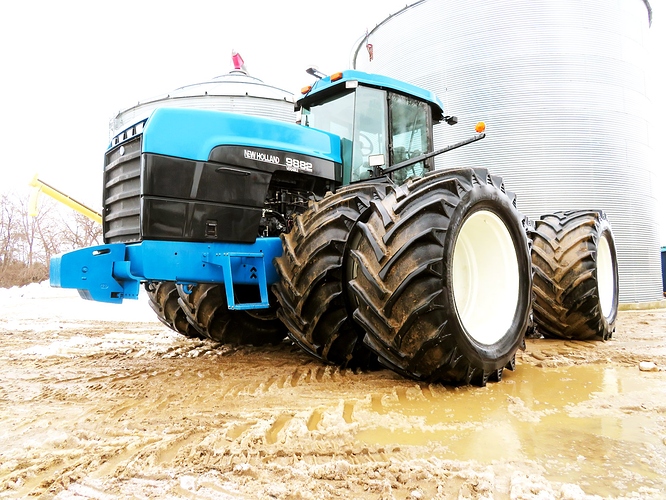 One of the Schlitz brothers had health issues, necessitating the sale. Equipment owned together by both brothers was put on the sale. But the other brother is still farming and he bought the New Holland 9882 for $79,000 on Wednesday’s auction.

When the brothers bought this 9882 new back in the day, word was it the 1st one off the assembly line. New Holland had taken this 9882 all over the country to farm/trade shows. If designated as such an intro display tractor that could explain why it’s serial No. (103370) is prior to the 1st known listed serial No. (103584) and why it was known as a 1995 model when factory serial number info shows 1996 as the 1st year they were made/sold.

It was full of plastic coffee cops in every corner of the tractor when they bought it new…from all the farm shows it had been to.

So, now back to the $79,000 sale price on the auction Wednesday. Yes, that is indeed a very strong price. In fact the Highest auction sale price I’ve seen on a New Holland 9882 in 7 years. Here are the facts. 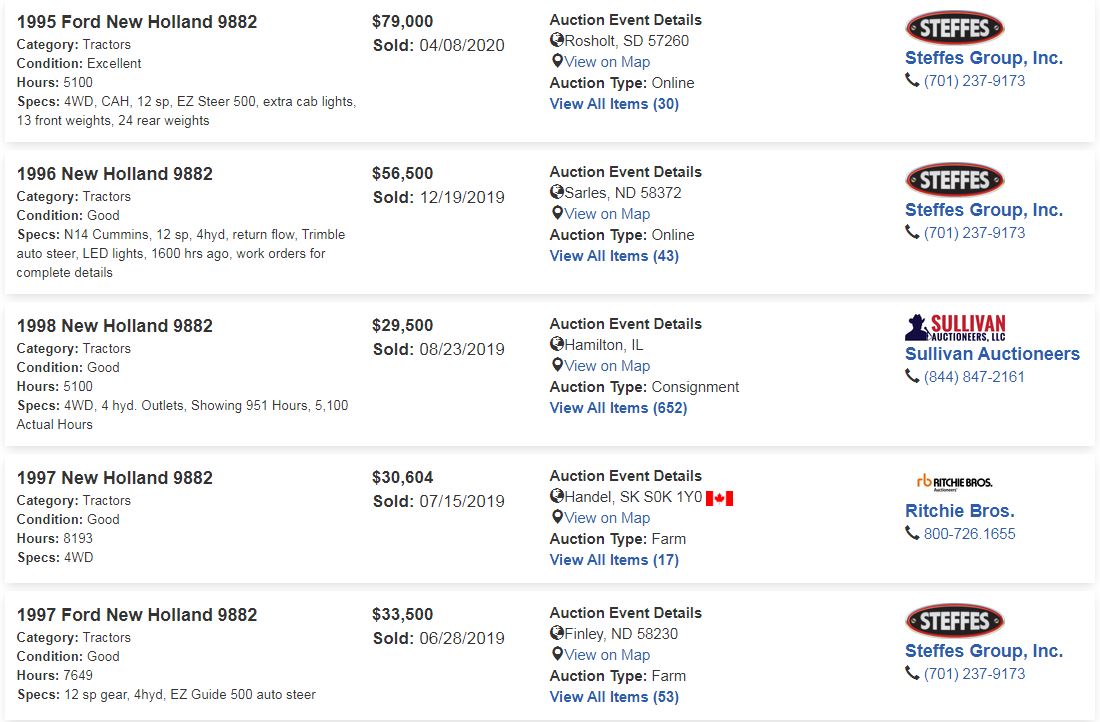 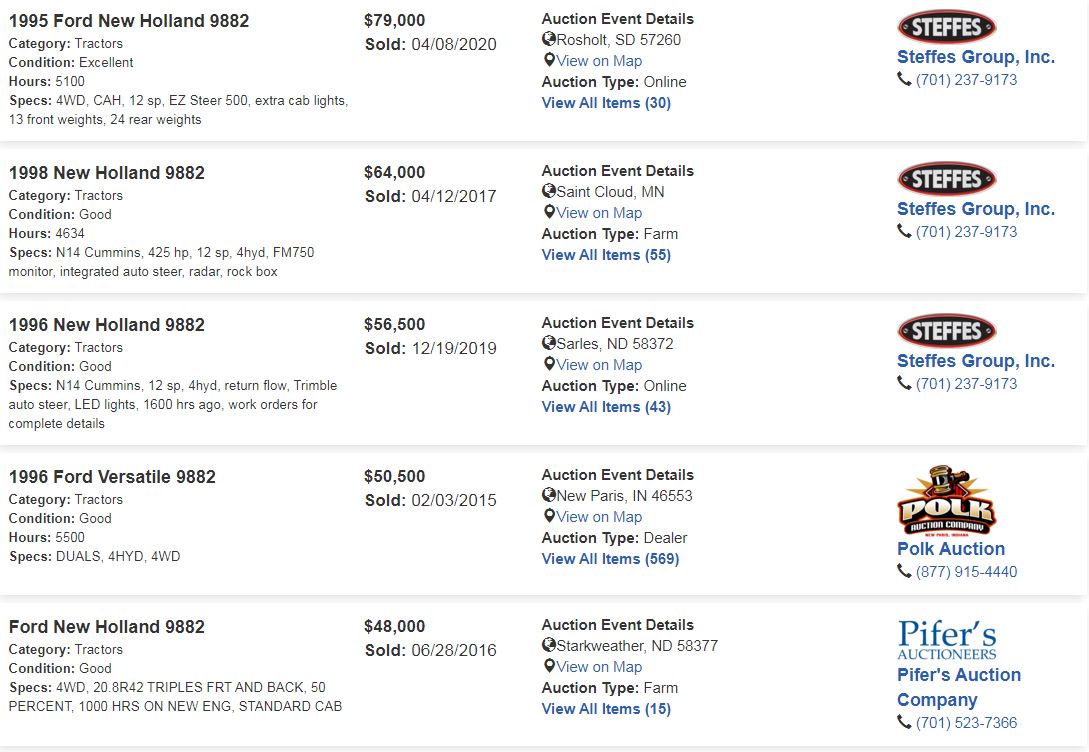 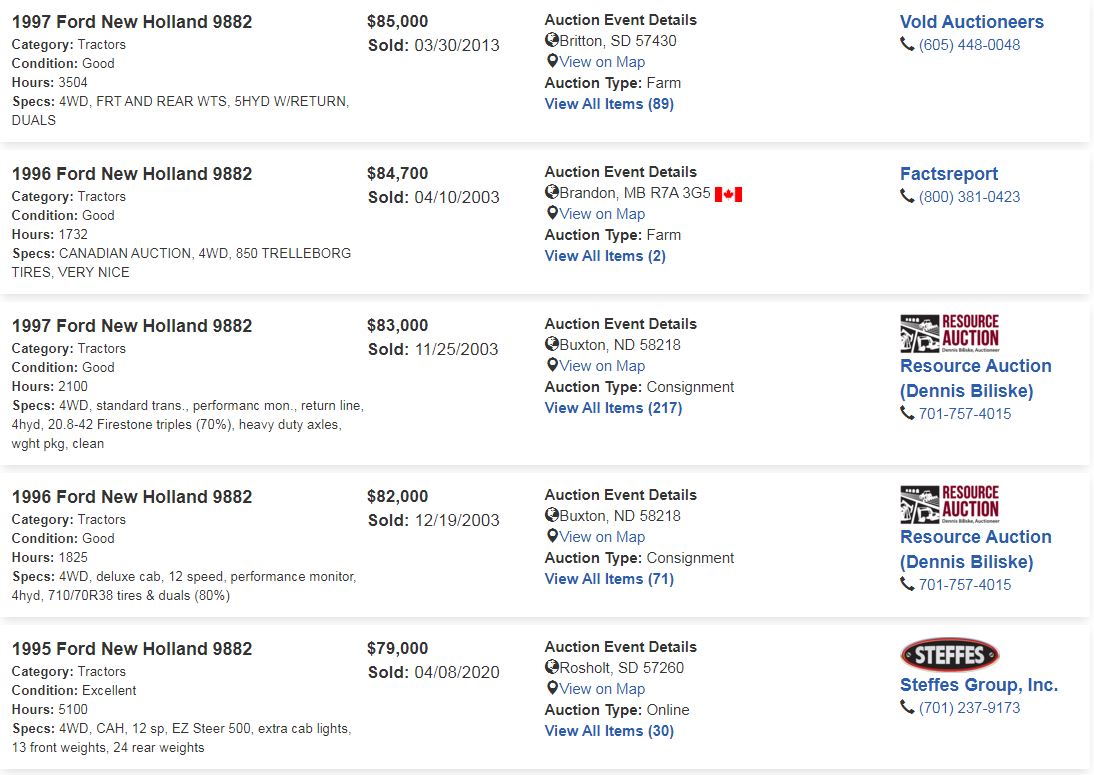 Every Tractor has its own unique story. Kind of like us.