I covered a farm auction in Luxemburg, WI on June 23, 2010 by Miller 'N Co. Auctions & Appraisals. Doesn’t seem like it was 12 years ago. Rainy morning gave way to a warm, sunny afternoon with hot bidding on a good line of equipment, including a then 1 year old 2009 New Holland BR7070 round baler that had 767 bales on it.

12 years later that remains the record high auction sale price on a New Holland BR7070 round baler…but just in the past month I have seen a pair of 2013 model BR7070’s sold for $25,000 each at auction. The details: 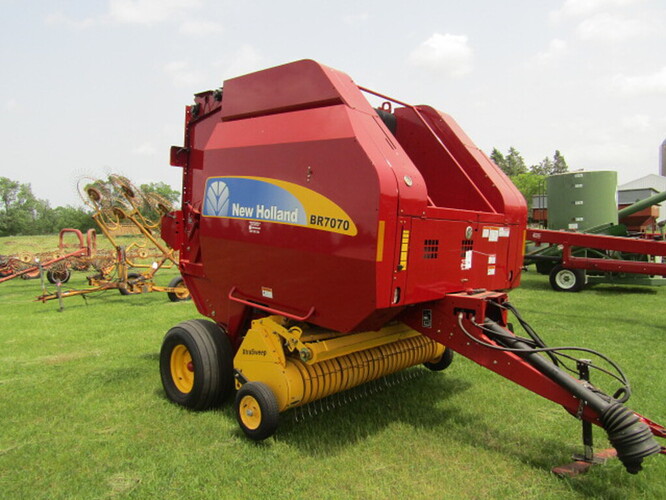 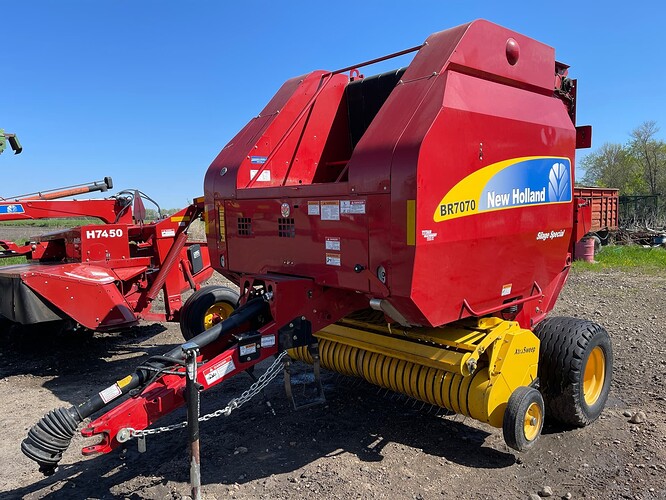 HIGHEST AUCTION PRICES EVER ON NEW HOLLAND BR7070 ROUND BALERS 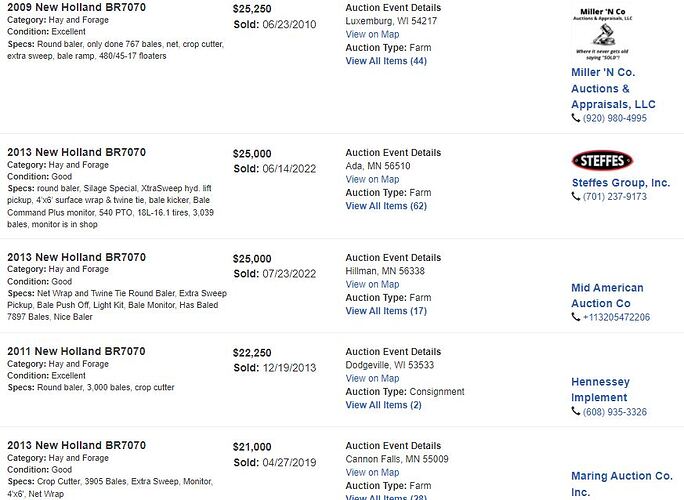 View prices on 1,091 Round Balers sold at auction in '22: tinyurl.com/MachineryPete-RoundBalers-22

Those are some clean looking balers.