If We Knew Then What We Know Now

If someone finally makes that Time Machine we're all waiting for, I know what I'm doing...

I'm taking my checkbook (still used them back then) and buying up every single tractor model that nobody even gave a 2nd thought to back then, but now are "Hot" sellers.

Even can be in just fair to ok condition today and they're still hot sellers. Proof came again yesterday (Feb. 17, 2018) on a farm auction in southeast Pennsylvania by our friends at Leaman Auctions (http://www.leamanauctions.com). Check out what these tractors sold for on this auction yesterday:

If we only knew back then. 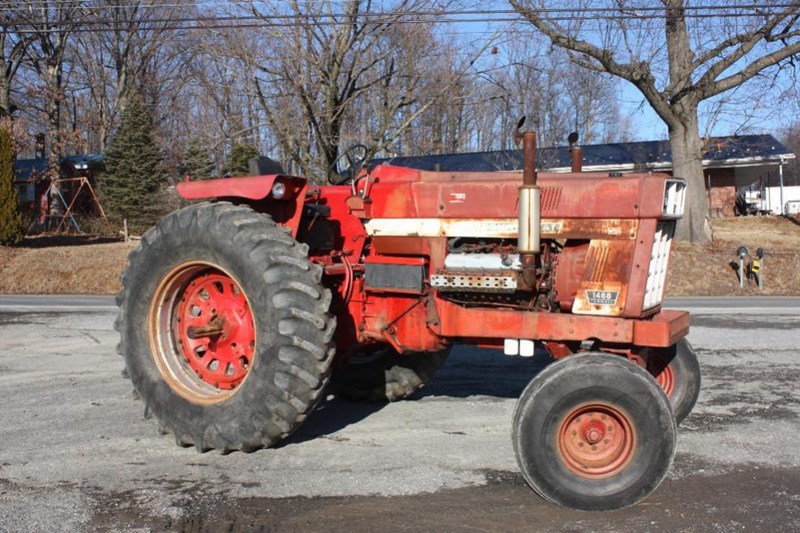 Seriously, where is that Time Machine? If I bought a DeLorean...could I make one?

Also on the southeast Pennsylvania auction yesterday was this Allis Chalmers D21 Series II with 3,400 original hours. Not a looker, but it still sold for $16,000.

Here's a rundown on some more of the Tractors sold on this southeast Pennsylvania auction yesterday by Leaman Auction: 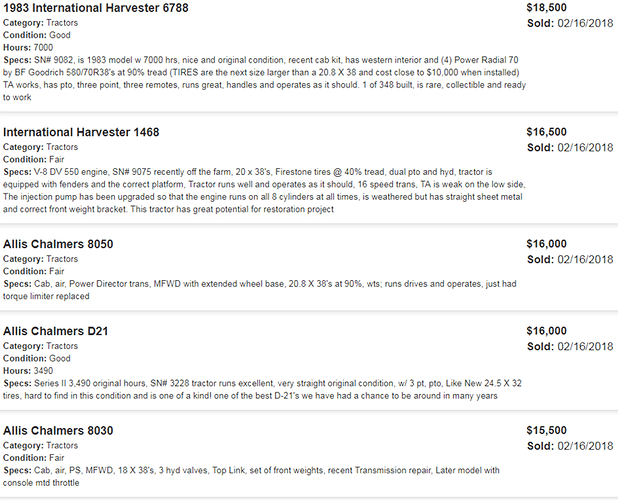 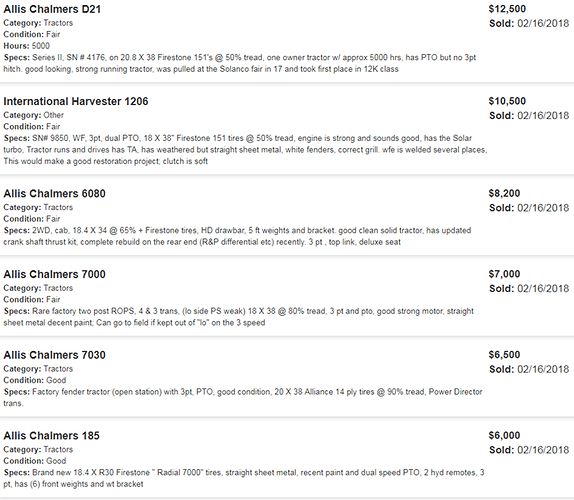